China is known to be a pioneer in developing and implementing different forms of technology. Be it in the fields of ecommerce or gaming, the Chinese are certainly tech innovators in their own right.

Part of enhancing the gaming experience is the introduction of applications that allow people to play on their mobile phones. TuTuApp is one such application.

TutuApp is essentially an online app store where you can download a number of different games that you’d normally find in Google Play or the iTunes App Store. But unlike these app marketplaces, TutuApp makes it a whole lot easier for users.

TutuApp was developed by a startup company based in China. It was initially launched with a Chinese language format. However, its growing popularity with English speaking users prompted the developer to come up with a more updated version in English. The name was then changed to TutuHelper but they kept the tagline “The Best iOS and Android Helper”.

The app’s claim to fame is being the first platform to release the modded version of the widely popular game Pokémon Go, the augmented reality game developed by Niantic for both Android and iOS. The modded version even included location hacks as well as walking and GPS hacks.

Here are some of the features you can enjoy when using the TutuApp.

Here’s a guide to installing TutuApp on both Android and iOS devices. 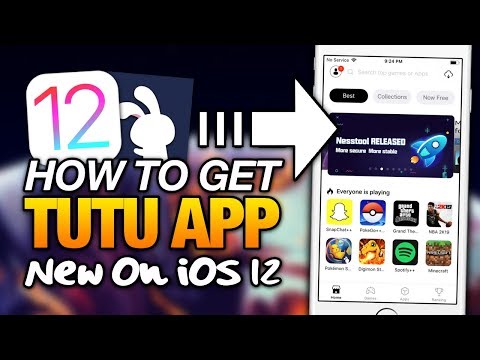 Before proceeding with the steps below, make sure to update your Safari browser to the latest version.

Don’t tap on the icon just yet. Go to Settings>Device Management>Distribution Winner Media Co, Ltd. Check on the box to show that you trust this developer.

A voracious reader and avid thinker at heart - a good combination that makes concocting words on paper so much easier. Connect with our staff or contact Beezz here.

Read More
In 2017, mobile consumers downloaded 178 billion apps and that number is set to reach the 2015 billion…
WWeb Apps

Read More
One of the most popular alternatives for the Google Play Store is the app known as Aptoide. Many…
WWeb Apps

Read More
Table of Contents The answers are here.WhatsApp and QR CodesWatch and learnEmulators, Anyone? Answer: Yes, you can at…
WWeb Apps