Black Friday is Upon Us – How to Navigate the Deals

Black Friday is Upon Us

40″ LED flat screen TVs on sale for $349.00, Brand-new lawn mowers with special financing available, and the dubious 40% off all women’s intimates at JCPenny. These promotions know no bounds, they ascend even up to Toyota dealerships with $4,000.00 friends and family rebates. We’ve all seen them. We’ve seen the newspapers with announcements that seem to creep earlier and earlier into the week. We should be calling this time of year “Retail Week” instead of “Black Friday” or something to that effect.

After perusing articles written over the past month or so I’ve come to conclude one thing. Everyone has their own opinions. What I do know to be true is something that most of us that work in retail already know.

Retailers make money even in the face of insane sales, navigating the shopping season get’s a bit tricky. Sit back, get a cup of coffee, and keep your credit cards in your pockets.

This advice is free.

What not to buy BEFORE Black Friday 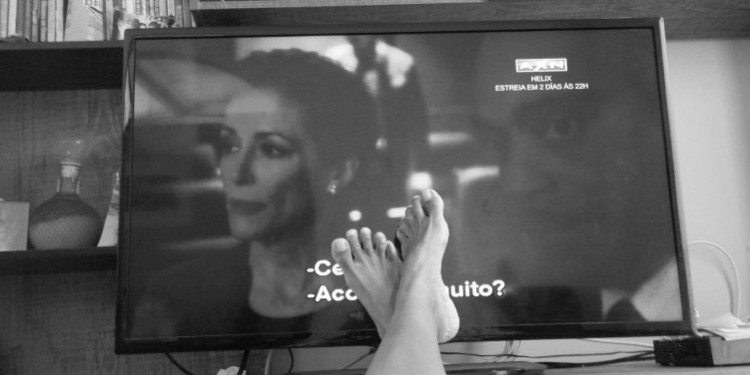 A great example of this section would be my own impatience. I went into Fry’s Electronics in Tempe, AZ a few weeks ago and I saw a 42″ 4K Sony Bravia on sale. I tried to buy the thing and was refused because the 20-something attendant didn’t know they weren’t supposed to be out on the floor–until I wanted to buy it. It was priced at $549.00 and I hadn’t seen it that low anywhere else.  Frustrated, I settled and bought a 48″ 1080p Sony Bravia because I just wanted my TV and to start the 4 hour trip home.

While walking down the aisle last week I noticed Walmart has priced a 42″ 4K Vizio for 538.00. I can only imagine what it’ll be marked down to this weekend.

While we can’t forecast what will sell and what won’t sell, we can reasonably assume that the draw this year is going to be both 4K and 1080p TV’s.

Retailers need to make room for 4K offerings for the next year as well as speed up 4K adoption rates for suppliers who want to push 4K sales across the board. More 4K sales means more support for higher streaming resolutions, higher graphics cards, faster computing, better Blu-Ray discs, basically all of these products supporting 4K is a cash cow for suppliers. Another factoid, more data bandwidth consumption due to 4K equals more money for Internet Providers.

In order to make room they need to be sold. It might be several years until they are the new 720p HD Plasma’s but more 4K means more money for everyone supporting the platform. 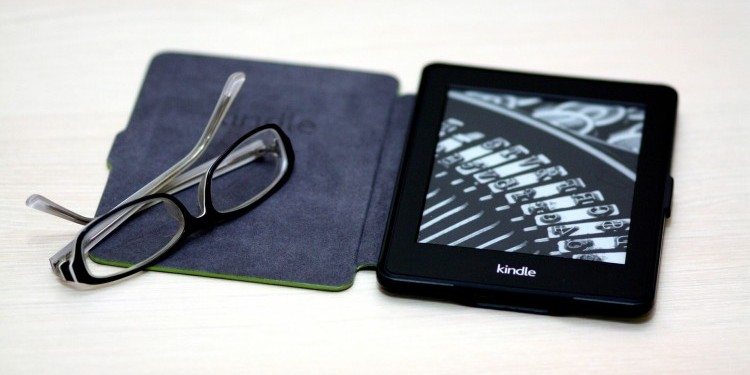 Kindle–well… tablets in general–, Laptops/PC’s, Gaming Console Bundles, and Movies are going to be discounted pretty deeply. The more of these items that are sold the faster the adoption rate for technology occurs and the more money suppliers can make on secondary tech such as more expensive Blu-Ray Players or Special Edition discs during the holidays. 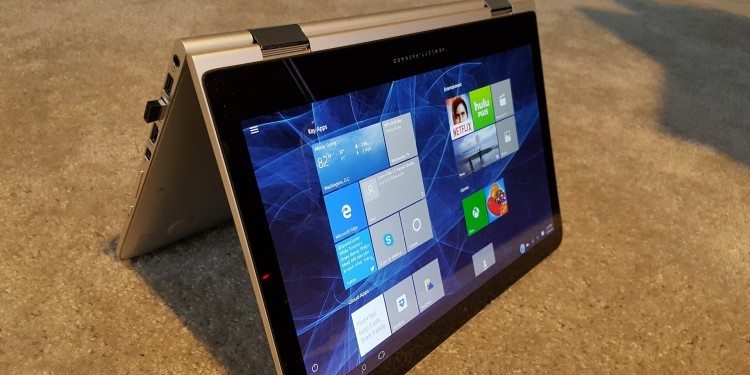 The more laptops and PC’s that are sold equal a higher rate of adoption for the new Windows 10 Platform. Once that is done, developers can safely assume that supporting the new OS is going to be a lot less risky and more profitable. Gaming systems have always been high but with the sales offered during the holidays, we are definitely going to see the demand for software for these consoles spike in the next year or so. This keeps gaming developers happy right along with the hardware producers who get a little cut of that pie. 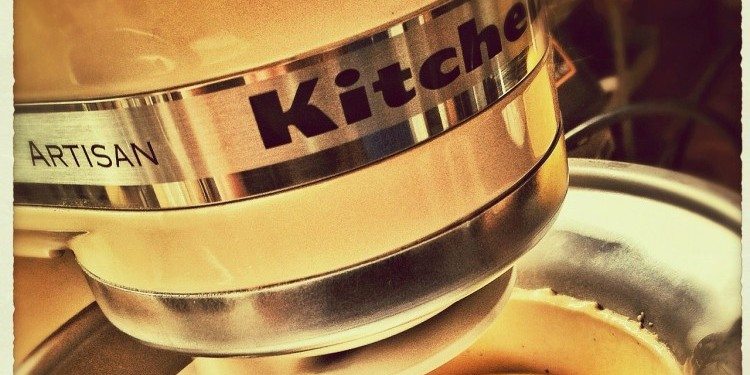 Appliances are like cars. They need to be sold so new models can be ordered. Look for a slightly older models in order to find the best deals.

Items to avoid THROUGH Black Friday

This list is all about those things that have a logical reason behind avoiding them this shopping season. Looking at the sales during the winter months we typically always see the cold weather items going on sale in the summer, and vice versa. If anything we plan on seeing a reduction of 10% for those items that are usually already discounted throughout the rest of the year. An example is a cardigan you see at Charlotte Russe which is normally 85.00 marked down by 10% off what was usually already marked down by 20%.

Cars usually go on sale toward the end of the year in December as dealerships want to move product. As a matter of fact, if you wait just one more month they may get desperate enough to let you sign off on a new car with subprime credit and no driver’s license–my brother-in-law–true story. 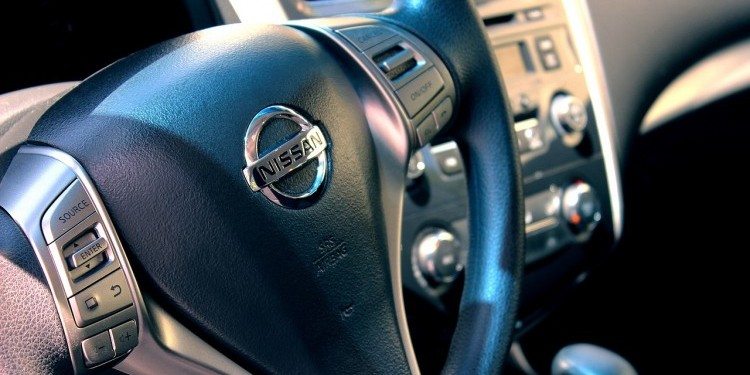 Exercise equipment comes out around January to make way for the New Years’ Resolution crowds. Wait until then to buy that deeply discounted treadmill or elliptical. 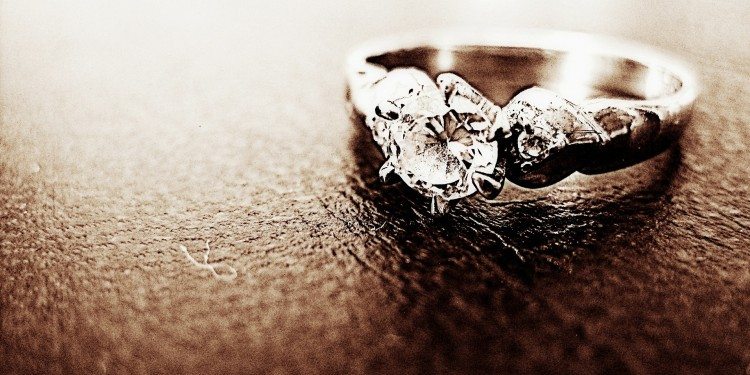 Fine Jewelry will have better sales just before Christmas. Although diamonds almost never go below a certain amount of money per carat they will certainly have a better deal even if it’s just the insurance that’s free with purchase. 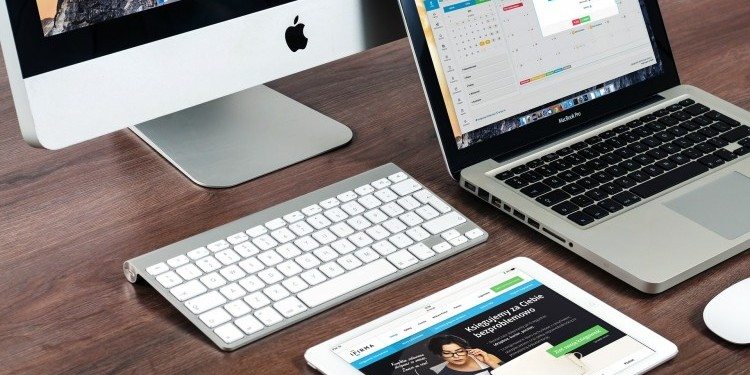 Let’s look at the facts:

A good tip is to check third party retailers, they may have better deals.

Other things to avoid 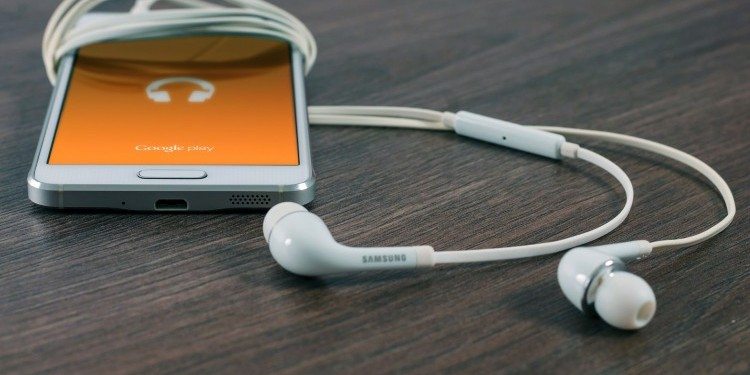 In the age of Nextel and Sprint’s Wi-Max network, the big four were elbows deep in a system of using subsidized phones to push contracts. When they noticed the trend of users consuming more data the two biggest opted-out of providing new Unlimited Plans. This changed the way telecom did business forever. Fast forward to today, we have subsidized phones from only 2 carriers with 1 of them stopping the practice by the end of 2015. This promotes full up front pricing, installment payments based on credit, or the ubiquitous lease. What does this mean for me you ask? 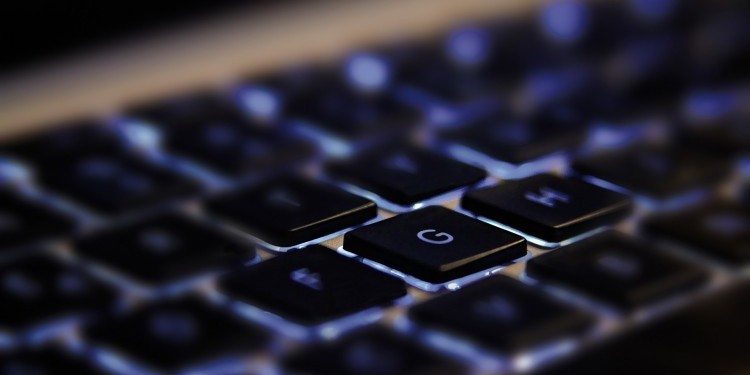 Buying a Computer in general seems to be a great option this season and it is… Unless you want to buy future insurance by looking for a product that dances on the bleeding edge of technology–which I recommend, by the way. Technology moves so fast we would rather see you buying at a slightly reduced premium–the best gear–in order to keep yourself from having to upgrade for at least 3 years.

Not only that but features editor Marcy Bonebright on Dealnews.com, reported back-to-school sales for PC’s and Laptops in July and September reign supreme with a 9% cheaper deal than even November’s best deals. 9% may not be a whole lot but if your looking for a gaming rig at around 1999.99 then that’s almost 200.00 in savings. 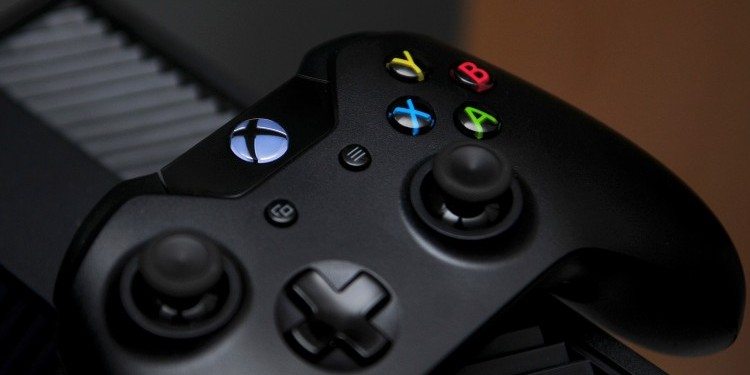 Used game consoles may be a terrible idea depending on where you go. Gamestop has their own in-house extended warranty you can buy but not much can be said on buying online from Amazon or Ebay. When brand new consoles like the PS4 and XBox One may even be on sale at ultra low prices. Buying a used system at only 50 dollars in savings compared to new… doesn’t make a lot of sense and you may find yourself wishing you hadn’t bought refurbed. 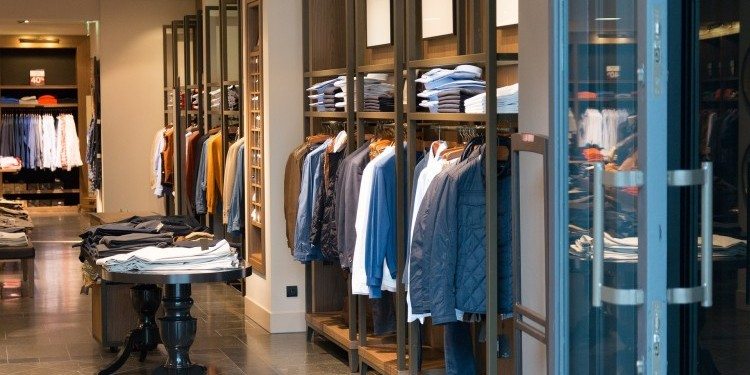 One thing we noticed over the past year was different retailers offering special deals on several items but on different days of the week due to complaints from consumers that felt they were cheated when they came to stores for specific items and arrived only to find them sold out. 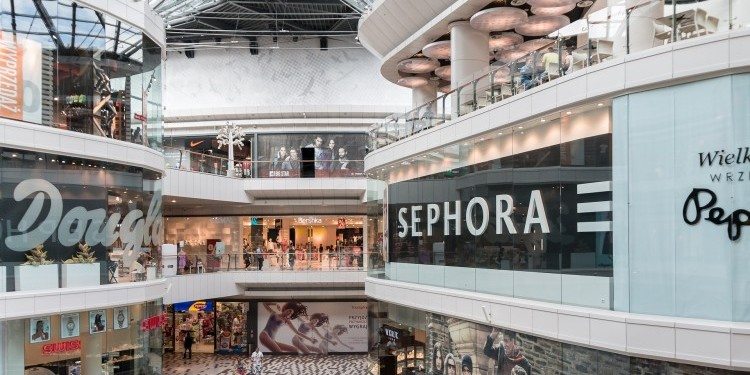 Mentioning this, not everything is going to be discounted. According to Shop Adviser on the Consumer Affairs’ website states:

As a matter of fact, Black Friday turned out to be the day on which shoppers begin to see prices spike on select items. On Black Friday itself, 24% of the toys on Shop Adviser’s list were priced above their initial holiday season price. The company’s survey last year pretty much confirmed that trend remains intact (Huffman, 2015).

Why the bait and switch?

Standard practice is to have sales to draw people in but mark up items to offset the cost of the sales. Coming to a department store you may see winter coats on sale (again, less 10% overall) and find that you like a pair of earrings that were priced at 149.00 marked down to 119.00 (originally 129.00 previously marked down to 109.99). This leaves you paying 10.00 more in some cases! 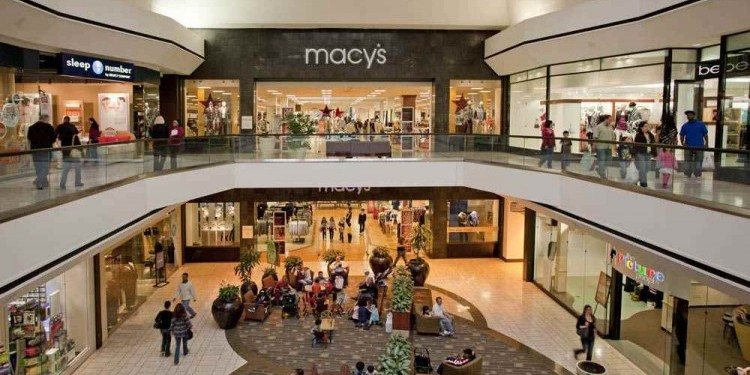 Some of the best sales are online due to not having to worry about taking up valuable retail floor space. Online retailers are able to charge less than those stocking in-store solely based on overhead. But with this is a grain of salt. Make sure you look for free shipping, otherwise it may make more sense to go to the retail store and buy a slightly overpriced item–but what you pay you pay for being able to take it home and not having to pay shipping (Shipping gets included in the product pricing, but it is cheaper to ship hundreds of items at once than to ship one item at a time).

Remember, patience pays off. Last minute changes in item sales, restocking inventory without telling anyone, staggered sales throughout the week, and in an economy that always seems to be in recovery… merchandisers are going to be under a lot of pressure to sell. By the time Christmas rolls around we could see them bidding for your dollar.

Stores with the best online deals

According to Donna Doyle from Dealnews.com the best retailers to shop online with are:

Why don’t you take a look at their sites using the links below for an idea of what they offer: 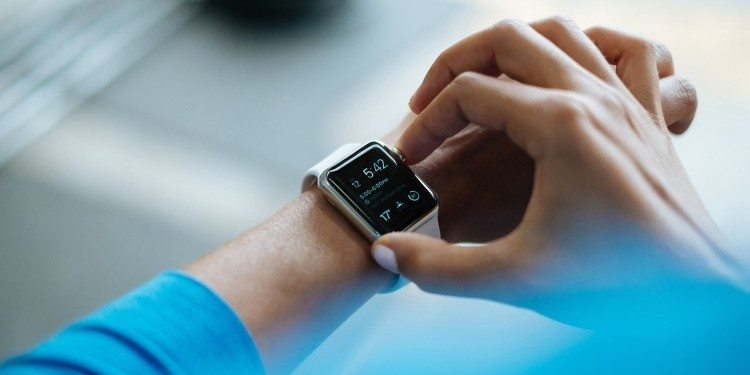 Finally we have a small list of top 10 stores for Black Friday Deals (average discount percentage in parenthesis) followed by the top 10 to avoid this season courtesy of Wallethub.com:

There are many myths surrounding the hype. The worst is that you have to camp out at big box stores all night on thanksgiving or that people behave like animals and things get dangerous during the door opening. I’m telling you if you shop smart, and enter in this week with a game plan, the season should give you the best bang for your buck. What was Black Friday like for you? 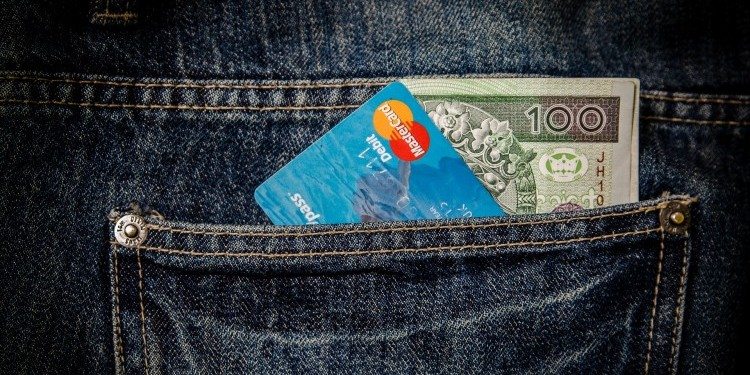 Please take a moment to share your own Black Friday Experiences in the comments below!

Read More
The time spent behind an office desk has increased manifold in the last generation. While our parents found…
CComputer Software

Read More
Kodi confirmed 17.6 will be the final of six Krypton updates. Krypton was first pushed out in February…
OOther

Read More
We often associate messes with guilt. Messes come into our lives when we color outside the lines, when…
OOther

Read More
In the past several years, app stores have grown to include a virtually limitless range of games. This…
GGadgets

Read More
These tech travel gadgets are not only fun and useful, they can help make travel safer and easier.…