Drones and the Law

Drones and the Law

It hasn’t been since Batteries not included that we ever really thought about the possibility of tiny machines flying through the air. It hasn’t been until recently that we’ve understood the far reaching impact of these little robotic aviators. Not surprisingly, drones in general are not a new technology. If we were to take into account the bare essentials of what defines a drone we can say with conviction that this technology goes as far back as 1849 when one of the first recorded uses stemmed from pilotless balloons carried bombs to release over the city of Venice by the Austrians in July of that year.

What we attribute to drones today are one of three machines. We have military “Hunter-Killer Drones,” “Surveillance Drones,” and our friendly “Consumer Drones”–perhaps… toys if you will. One of the more well-known drone models for the military was the Predator, which later evolved into the Reaper before shooting off into the Raven.

The laws concerning these machines are murky at best. At what point did the United States really foresee citizens purchasing what was formerly too cost-prohibitive for ordinary Americans? The question begs to be asked, “At what point did toy helicopters and remote controlled airplanes shift into fully functional flying computers?” The change is drastic enough that today, we have CBS reporting well-known businesses like online retailer Amazon getting their feet wet in the drone pool.

Drones and the FAA

The fact that they’ve had extensive military use only increases the unease in which we’re beginning to see Federal entities such as the Federal Aviation Administration (FAA) getting involved with regulations associated with drone ownership and operation. One of those regulations include civil penalties of up to $27,500 USD for failure to register their drones–even if they’re being used recreationally. This registration must include: name, physical address, email addresses, and a credit card payment of $5.00 for user authentification purposes.

“WE’RE KIND OF IN THE WILD WEST WHEN IT COMES TO DRONES,” SAID CLAY COLEMAN AN OCEANIC AIR TRAFFIC CONTROLLER SUPERVISOR AT THE FAA AND DIRECTOR OF THE BAY AREA DRONE FILM FESTIVAL.

“…a lot of people that are doing this have no idea about airspace and about the problems that they can cause…it’s just a matter of time in this scenario before somebody gets hurt or even worse,” Coleman said in an interview with CNBC. 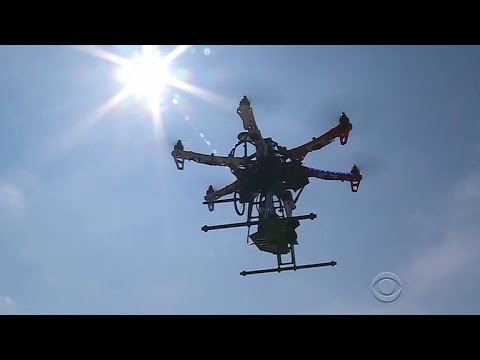 A few of the major points according to the FAA Website regarding Unmanned Aircraft Systems (UAS/DRONES):

Model Aircraft (Hobby or Recreation Only) 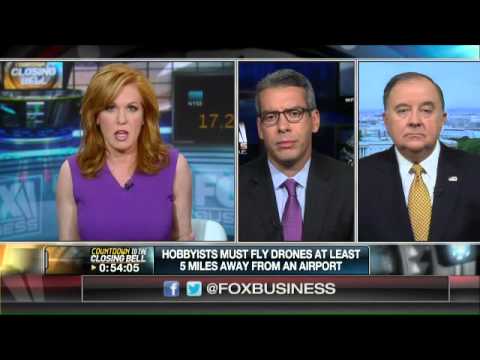 Drones and the changing landscape

Laws change all the time and as much as we want things to have a straightforward answer, they don’t. As little as one month ago the FAA updated their rules for Washington D.C. when before they originally prohibited any type of drone to operate therein.

Although the FAA controls and regulates airspace, many smaller municipalities and townships across the US have been under pressure to pass laws regulating how those drones operate within their jurisdictions–if at all.

Lawmakers in California have also begun to consider the possibility of treating drones as they would cars, with two bills concerning drones requiring a license, insurance, and a kill switch to help combat potentially dangerous encounters with larger aircraft, and to address liability concerns when another person is harmed on accident.

“When you cause an accident in your car, California law says you have to stay at the scene and give the injured party and the police your identification,” Chau said, adding that, if a drone falls from the sky for whatever reason, “the operator needs to do the responsible thing and come forward and identify himself to the victim and to the police. This bill will make that responsibility the law.”

The problems facing hobbyists as well as commercial pilots for legitimate business purposes are only expounded by those who are not adhering to the new registration rules and operational guidelines purposed by the FAA. By educating yourself on both local and federal laws in addition to operating your drone within the COA’s and recreational statutes you can avoid a slew of trouble when–not if–the unexpected happens. For a link to the FAA website concerning official mandates please visit: The Federal Aviation Administration’s website on Unmanned Aircraft Systems.

Read More
Planning a holiday, well what could be more unwinding than a week spent amidst the sun, sand and…
GGadgets

Read More
Whether you’re a tech fanatic or you’re shopping for one, you can be sure that the options for…
CComputer Hardware

Read More
Displaylink USB video technology introduced the possibility of secondary USB monitors to the technology community. ASUS has now successfully extended this technology to create a unique product, the ASUS UFOTO, which combines the functionality of a photo frame and a secondary monitor. It is a 7" monitor that allows a high resolution display of up to 800x400 pixels (720x480 viewing area).
TTechnology

Read More
It seems that young people are fluent in computer technologies. They literally live with smartphones, tablets, and laptops…